This is a story about a mom that agreed to make a dozen cupcakes for the Cops For Cancer fundraiser that her son's school was hosting.

Her son wanted camouflage cupcakes, so that mom did a search on her favorite "go-to" site, Pinterest!  She found the perfect tutorial and set out to make them.  Her son wanted Army men on top of them.  That mom soon discovered that little plastic army men are like liquid gold!  Hard to find!

Because she is a good mom, she did finally manage to secure 6 dozen army men.....she bought more than needed because of their rare availability and the hopes of later selling them on the black market to raise money for college.

She went to the bulk food store to get piping bags, leopard camo print cupcake liners  and food colouring....forgetting the piping bags on the first trip, meaning she was then required to go back to the store a second time.

Things seemed easy enough, but as she got reading, she realized that the instructions called for 2 cake mixes, which means, she would in fact be making about 4 dozen cupcakes.  No problem.....because she picked up extra icing and army men!  So she split up the batter and coloured it into a multitude of colours.  She scooped and spooned, spending more time filling cupcake liners then any one person should. 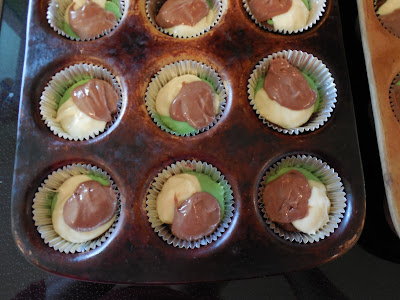 Turns out, following the directions in the tutorial only leaves you enough green  and white batter to make 2 dozen.  This leaves enough chocolate batter that you are forced to do something with. 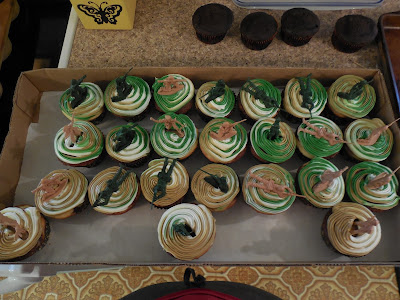 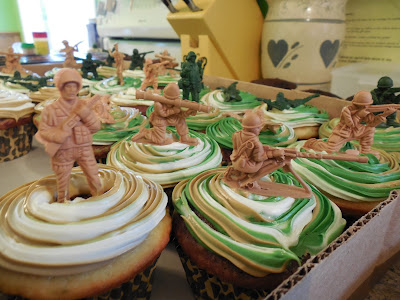 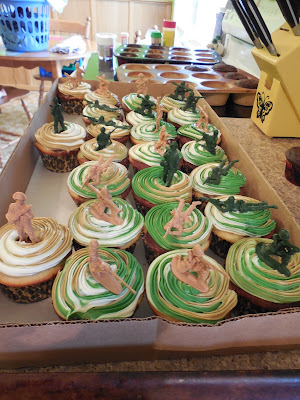 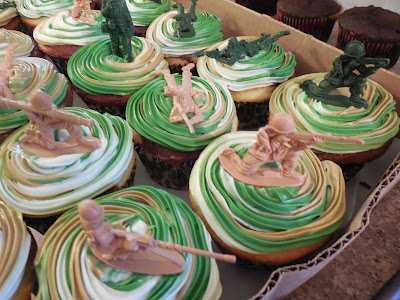 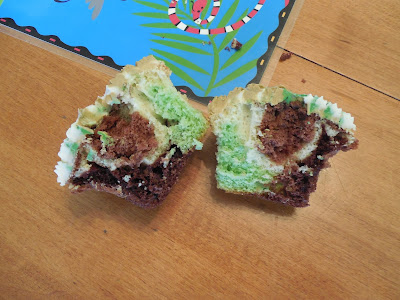 At this point, the smaller child in the family pipes in and asks which ones are hers?  Her lob-sided pigtails make that mom agree to make some mini cupcakes for her preschool friends at daycare.  As the mom pulls out the second dozen pan of mini ones, she remembers that both the preschool and toddler room are sharing space and can just imagine the puppy dog stares of the little ones over the bookcase, wondering how come they don't get cupcakes.  That means that mom should make another 2 dozen mini cupcakes. 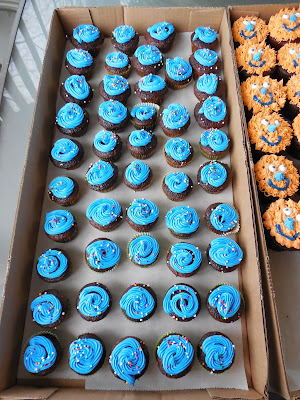 After making 2 dozen army cupcakes and 4 dozen mini cupcakes, there is still batter left over.  As it turns out, only enough for 1 1/2 cupcakes.  Now there will be none for the kids to sample.....what is a mom to do?  Correct-o!  Pull out ANOTHER cake mix and whip it up.  Let's remember.....1 cake mix makes about 2 dozen cupcakes.....this means, she will need to decorate another dozen for the school, because both her kids and waist line don't need 2 dozen at home.  After that 2 dozen is ready to go in the oven, there is STILL some batter left (she is convinced it multiplied on it's own when she wasn't looking!)  Guess how many it made?  4......4 cupcakes....the perfect number for home.  So, now she has 4 dozen to go the school, 4 dozen for the daycare and 4 single cupcakes for the kiddos.  Because the second batch was just plain chocolate and it was a pain in the behind to do the camo ones, she reverts back to her old stand by.....Monster Cupcakes. 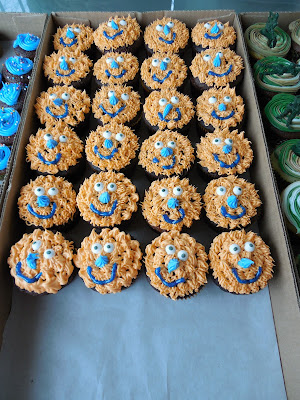 Guess what?!!?  There is just enough icing left for 2 dozen cupcakes....those 4 perfect left over ones?  No icing for them! 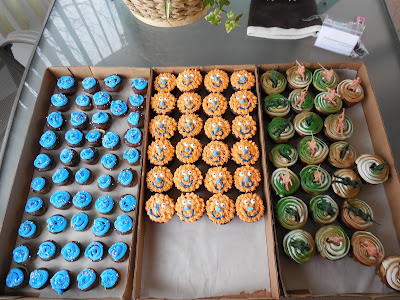 That same mom goes to pick up her son from school and while waiting, hears parts of an announcement....the parts she hears....."cupcakes....tomorrow....not available...."  This is the point when she just about has a coronary and marches down to the office to clarify.  Like it or not, she would be pawning these cupcakes off on somebody....but luckily, the announcement was a bit confusing and just meant that if students hadn't pre-ordered them, they would not be able to get them tomorrow.  Heavy sigh exhaled!!﻿

Apparently, this mom is a bit crazy and should clearly be medicated for this day of baking.  But guess what, she secretly loves it and was so happy to do it!  They needed to go to quality control though! 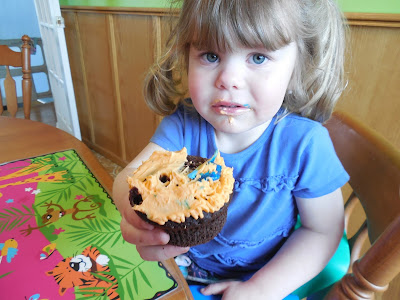 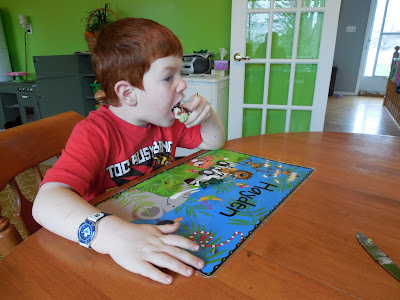 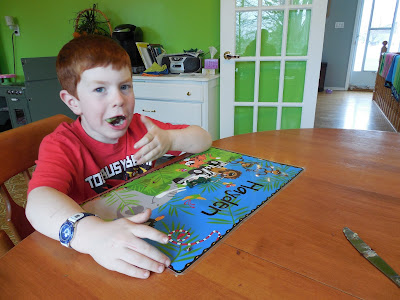 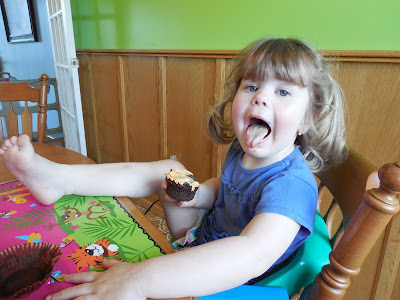 They passed!
Posted by Unknown