Now, the first order at hand was to pick a theme for the party.  The problem with an almost 5 year old picking out the theme is that is changes daily.  First is was a Lightening McQueen theme, then Spiderman and Monster Trucks, etc.  In the end, I went with what was easiest and picked Lightening McQueen.  In part because we have some items at home I could use to decorate with and I also knew you could rent an awesome cake pan.

I was very happy with how everything turned out for the party and felt it went over pretty well.

About a month previous to the party I had found some great little lego kits and picked up enough for their loot bags as well as some stickers and gummy snacks.

The treat bags I created myself and this is how they turned out. 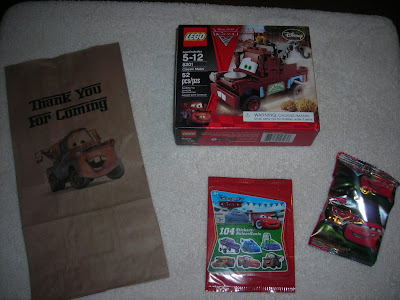 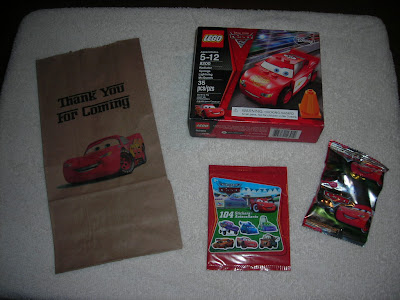 I had a set of twins attending, so I wanted to make sure I was able to tell which lego character was in each bag.

The party was set to run from 11 - 2, and I knew I needed to serve something other than just cake and ice cream, but also didn't anticipate the kids eating anything much.  So, I settled on a light lunch of cheese and crackers, fruit, chips and cheesies and juice.  The spread was pretty inviting if I must say so myself.  I was right about the kids not sitting down to eat much, but they did run back and forth and snacked away over the course of the party. 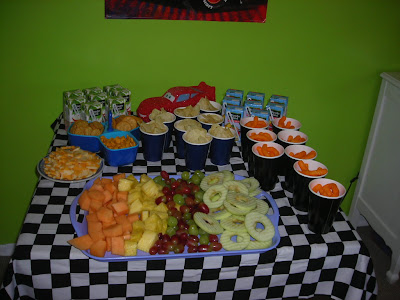 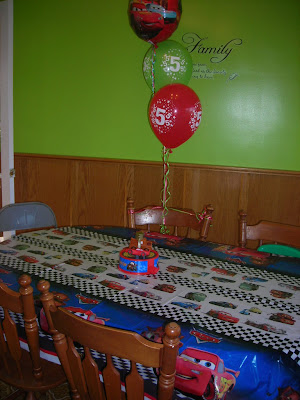 Entertainment-wise, I didnt' plan too much.  We put together all of Hayden's Hot Wheels cars, his car mat, car tracks and anything else that fit into the theme.  We didn't play any any games really, but did do a bean bag toss into an inflatable tire we had.  Brian got to hold the target and claimed that bean bags hurt when 5 year olds pelt them at you...wimp!  They also took turns on Hayden's smart cycle and ran around like boys do.  But let me tell you this...they were all fantastic boys!  Well behaved and got along very well.  And all the gifts they brought were generous, despite being a week before Christmas.

My time saving tip that I read somewhere on the Internet and mentally sorted away for future reference was to pre-serve ice cream into paper muffin cups.  I did this about an hour before the kids arrived, covered it in saran wrap and tossed it in the freezer until it was time.  Let me tell you, what a huge time saver.  I didnt' have to fight with hard ice cream while the kids were anxious for cake.  I cut the cake and Brian put on the ice cream and served it.  Next time though I think I would take the ice cream out of the wrapper, I had one child try to eat the paper. 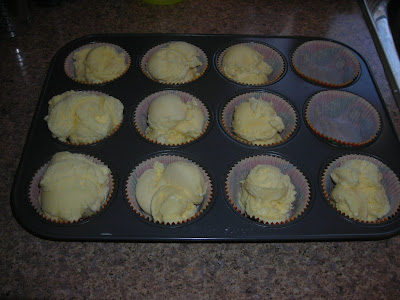 Speaking of cake....are you ready to see what it looked like?  I was super proud of the end result! 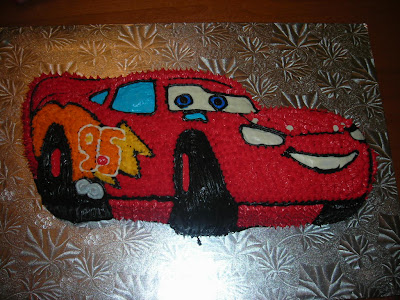 Like I mentioned, I rented the cake pan and followed the directions for baking and decorating.  I baked it the night before and thankfully I did.  It took about 3 hours to decorate the cake.  Hayden thought it was awesome, but I don't know if I would do it again.  It took a lot of time and was probably more expensive in the long run than had I bought it from the grocery store.

And finally, here is Hayden, at the table, getting ready to blow out all 5 candles! 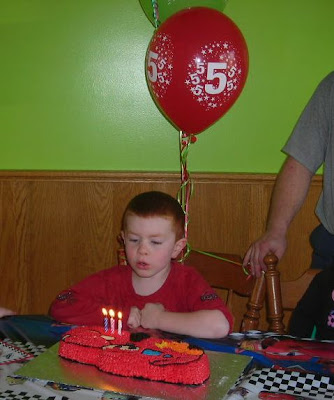 Petals to Picots: Best of 2011
I Heart Naptime Sunday Scoop
Posted by Unknown