Well, family holidays are over.  Now you have to put up with my blog, overloaded with pictures and video...DEAL WITH IT!!

This year, we decided to head to Ottawa.  It was not our original plan, Niagara Falls was.  We asked Hayden if he wanted to go to Marineland, his response...I want to go somewhere with a pool!

My first thought was to check out Toronto, as it wasn't a real long drive and we could go to the ROM, because he also wanted to see dinosaurs.  I priced out the Delta Chelsea and it was about $150.00 a night.

Brian and I had been to Ottawa about 8 years ago and stayed at one of the Travelodge Hotels that had a great kiddie pool, wave pool and slide.  I priced it out and a room with a poolside view was only $95.00 a night!  Plus, there would be tons to do with the kids.

So, we booked it and headed out this past Tuesday.  We got to Ottawa around 1pm and were able to check into our room a bit early. (travelling mid-week really does make a difference!)  Our room had a balcony that overlooked the pool and added to the kids excitement!  Hayden was pretty much naked by the time Brian and I got in the door of the hotel.  We unpacked the swimsuits and got right to the swimming!

The pool was pretty awe-inspiring to the kids.  It was a huge area and I wish my camera was better, my pictures didn't turn out great but I'm sharing them anyway!  (my blog...my rules!)


We used the pool for a couple hours.  Neither Hayden or Abby had any fear.  I was surprised!  Hayden is usually pretty timid around the water and I wasn't sure if we would get him down the waterslide, despite the fact that it was shallow at the landing!  Once he went down the first time, that was it....he was HOOKED!


They both also LOVED the wave pool!

The kiddie pool was great, because when Brian and I got tired of the water, we could just sit back on the lounge chairs and watch the kids still have fun. 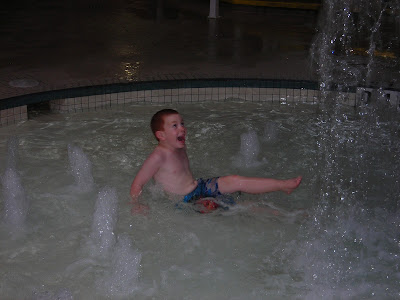 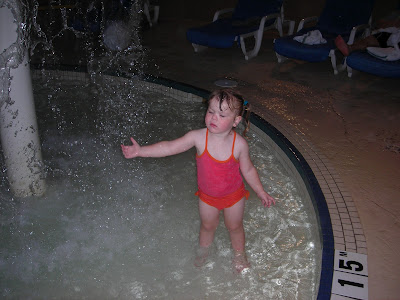 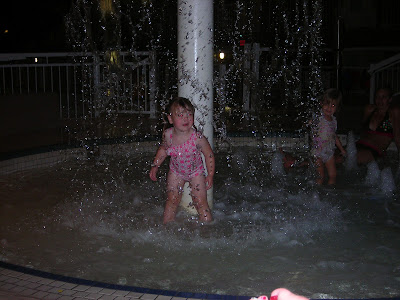 After the pool, we surprised the kids by going to Build A Bear to let them make their own stuffies! 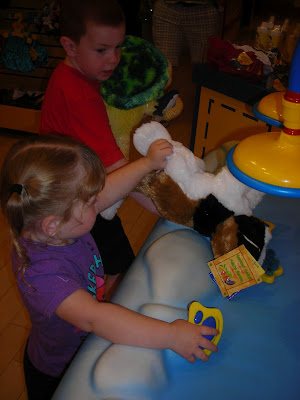 It was pretty fun and exciting for them.  We then had some dinner and then back to the hotel for more swimming.  The pool was open until 10 each night and we went to bed about the same time.

The next morning, the kids were up at 6 and we had plans to visit a couple of museums.

The Museum of Nature was the first stop and where Hayden would see his dinosaurs! 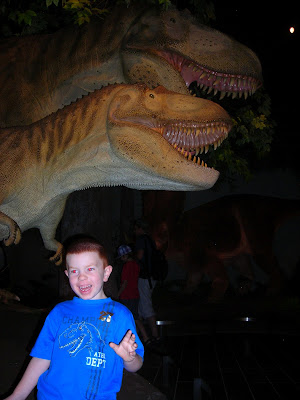 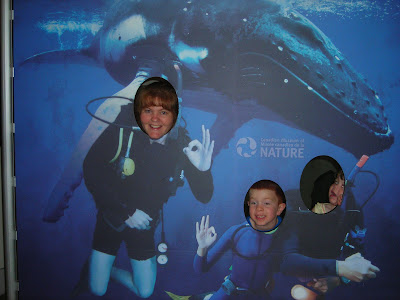 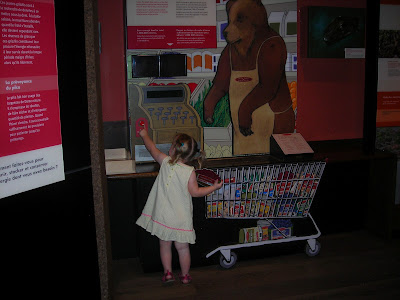 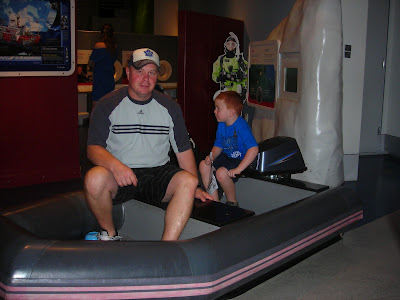 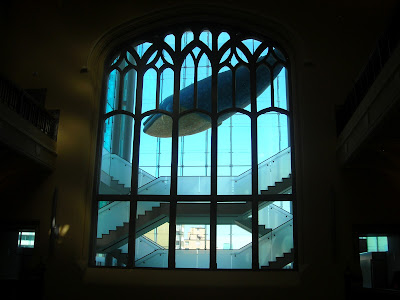 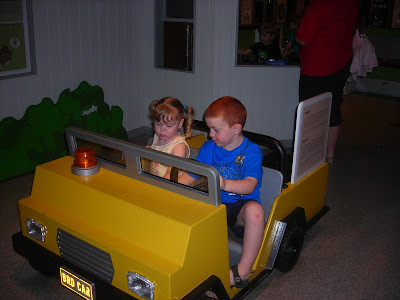 We promised the kids we would hit up the gift shop after the museum and that is what we did.  Hayden got himself a dinosaur egg with a dinosaur inside you had to dig out.  Abby picked out a little "purse" that had a camera inside you could decorate.  She had a minor meltdown in the gift shop because Brian took it away from her to pay for it.  After getting out of the store with her sobbing, Brian pulled her onto his lap for a quick cuddle.  She's on his knee and he says

"Abby, are you peeing in your pull-up?"

Yup, the pull-up leaked and Brian's shorts were SOAKED!

I was nice....I didn't laugh until after he left to take her to the bathroom!  But he was SO mad when he headed to the bathroom, but saw the humor in it afterwards!

From there, wet bums and all, we headed to the Museum of Science and Technology.  We picked this one because we were told it has trains and Hayden still loves trains!

Little did we know until we arrived that during the summer, on Wednesdays and Sundays, you can take a ride on a steam train!

It was the first thing we did and was great.  It was just a short little 10 minute trip, but exciting enough.  A couple years ago we did a "Day Out With Thomas", but I liked this better.  The train ride was shorter, but the museum was WAY better!  This museum, in my opinion, was better than the Museum of Nature.  It was VERY interactive.  There were so many things the kids to could touch or sit in. 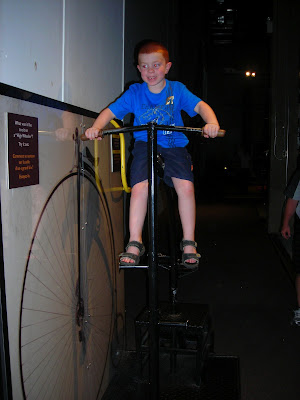 Back at the hotel, we again went to the pool for a couple hours, dinner and the pool again.

On Thursday, we went for breakfast, avoided the pool one more time by bribing the kids with a trip to Toys R Us and headed home.

It was great to be away and we plan to do the trip again in the near future.  Next time we will visit the Musuem of Civilation for the kids musuem.

So there you have it.  I hope I have convinced you to do your own trip to Ottawa!  I think it may just be my new favorite vacation destination!